Francesa Louise White is one of those emerging talents who seems to be busy on one project after another – or more accurately, several at a time. So, I was especially pleased when she agreed to an interview for Piece of Pink Pie.

Francesca is from Oxfordshire, and boasts a growing resume of credits in feature and short films, theatre, commercials, corporates, and music videos as well as print work.

As I write (April 2016), she is completing filming for the independent horror feature, Slasher House II (of which I’m an associate producer, by the way). Here are her brilliant answers to some of my less-than-brilliant questions:

When did she realise she wanted to act?

I’ve loved acting and performing since I was a child – my nan was in an am-dram theatre troupe and had a giant dressing up box of costumes she’d let my sister and I rifle through whenever we visited, then we’d put on shows for our family and their neighbours (those poor adults).

Whether it was playing the piano at school concerts, ice skating routine competitions, or even debating in Latin I’ve always loved making myself heard and telling stories. Choosing to pursue acting as a profession after gaining my Bachelor of Arts Drama degree at Exeter University seemed the only way for me. Especially on screen. I vividly remember my a drama lesson at school when the teacher asked everyone what an ‘antihero’ was and I said “Riddick from Pitch Black“, they all laughed and the teacher said “Well, yes, but I was looking for Macbeth“. Films can reach and inspire so many and there’s still such a magic to them. I’m very lucky to be working in this field.

A lot of her work seems to be in the horror genre. Is that a type of film that particularly appeals to her?

Actually I haven’t done a lot of horror – my last few projects have just coincidentally had elements of this genre. The ones I’ve picked to take on have involved comedy, fantasy and/or action rather than straight horror. I have a lot of respect for those working in horror as they’re bloody (excuse the pun) difficult shoots, but I pick my roles based on individual characters drawing my attention rather than sticking to a genre. I’m in this field to tell stories that have interested or inspired me in some way and, hopefully, these will be as enjoyable for the viewer watching the finished product as I have enjoyed acting them. 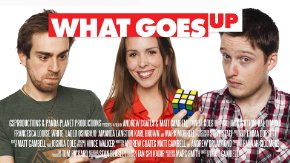 That being said, I do have a soft spot for sci-fi/fantasy to watch and to enact – they really set off my imagination and creativity, and there’s a challenge in making viewers empathise with these characters given that the Worlds they’re set in are so far removed from our own. I always break down the character’s motivations and actions, then substitute my experiences and emotions in relation to that, then move to include work on accent and physicality. The ‘why’ someone would do what they’re doing is the most important thing for me when I read a script, if I can’t understand it then I don’t think viewers will when watching my performance.

A slim 5ft 3in, Francesca is qualified to fight on stage, and is a very physical performer. How does she keep fit?

I take Jeet Kune Do and yoga classes whenever possible and I regularly attend the gym as well as eating healthily. Fortunately I do enjoy being active!

A degree from Exeter University: how did she enjoy studying in my old home town?

Exeter University has a great Drama department with some fantastic theatre connections and it’s a beautiful place. The Chancellor Baroness Floella Benjamin is a well respected actress and she gave the speech and handed me my degree when I graduated – an inspirational way to begin my acting career, for which I was grateful.

Look out for Francesca on a screen near you soon, and keep up to date with her projects here.

11 thoughts on “Macbeth? No, Pitch Black: How film fan Francesca chose a life on screen”