One of the busiest actors around, Mhairi Calvey has an exceptionally busy year ahead, even by her standards.

Last year, Mhairi spoke to me about her 25-year career, which began with a role in the Oscar-winning Braveheart. This year, she has four feature films due for release!

Here’s a round-up of what’s to come:

Feature film: 3 Lives
Filmed on location in Germany, it raises the issue of women who have suffered from sexual abuse. Mhairi plays the lead role of a woman on the run from ruthless kidnappers and discovers her rescuer is the man jailed for attacking her 15 years earlier.
Release: (US) August 6 (DVD and VOD)
Directed by Juliane Block
Exec producers: Malcolm Winter and Monika Gergelova 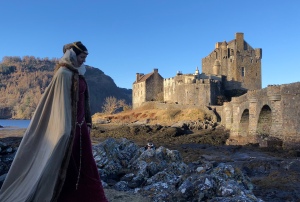 The Curse of Hobbes House

Feature film: The Curse Of Hobbes House
Mhairi’s first film as a producer and she also plays the lead role of Jane
Dormant, who expects a life-saving inheritance when she learns her aunt has died, but instead finds herself battling zombies!
Release: first view of work-in-progress scenes at Film London with cast and director Q & A on June 26. Official release to be announced.
Directed by Juliane Block
Produced by Mhairi Calvey, Juliane Block, Paul Dudbridge and Wolf Peter Arand
Exec producers: Malcolm Winter and Monika Gergelova

Feature film: Crystal’s Shadow
Mhairi plays the lead of Crystal, a young girl stalked by a strange man in black and haunted by the memories of a manipulative mother. Crystal flees into the dark countryside, seeking help. Little does she or her new friends realize her otherworldly nature or the danger that pursues her.
Also starring Mark Arnold (Blade Runner 2049), Sienna Guillory (Resident Evil), William B Davis (X-Files), Directed by Ilyas Kaduji
Exec producers: Malcolm Winter and Monika Gergelova

Meanwhile, Mhairi is also focusing on her new production company, Dream Reel Entertainment, which was launched in April [2019]. The company is behind the shorts Gaslight and Night At The Opera and the feature The Curse Of Hobbes House (with J-Blockbuster and Hanover Pictures). 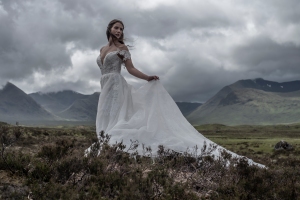 She is about to start filming war drama The Point Of No Return, directed by Rick Roberts and is attached to play the female lead role in Fear The Invisible Man, directed by Paul Dudbridge, and M.arys directed by Juliane Block.

If that’s not enough, she is also continuing her martial arts training in Krav Maga and her modelling career – she recently modelled bridal wear for Sophia Grace Couture and corsets for Poppaea Bicknell.

You see what I mean about being busy?!

You can read my 2018 interview with Mhairi here.

If you’re involved in arts and entertainment, check out the services of Weltch Media here.

One thought on “Feature films, shorts and more – a busy year for Mhairi”