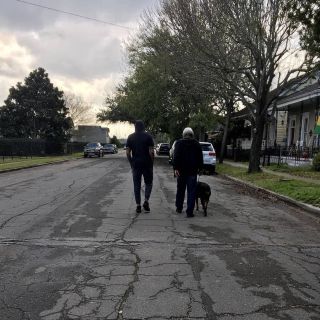 It’s claimed that in 2019, 80% of Americans were living from one pay cheque to the next. A year on [I write this during the 2020 coronavirus crisis], the pandemic has caused economic devastation, with more than 40 million filing for unemployment.

Many who were relying on the next pay cheque to pay the rent, won’t get a next pay cheque. That’s the backdrop for a forthcoming character-driven documentary, following several ordinary, hard-working Americans, facing the prospect of losing their home.

One Paycheck Away is the brainchild of its producer and director, Duncan Sill, a graduate of New York University, who has been involved in the film industry since 2007, and who has previously focused on poverty in the US.

Away from film, he has also worked in the affordable housing sector [and I should, perhaps, point out my own interest in this project is twofold – not just as a fan of independent films, but I’m also a trustee at the people and homes charity in Wales, Shelter Cymru].

A conversation in late 2018, prompted him to look online to check the state of economy for what he calls “the average Joe and Jane”.

“I always knew that many are struggling and am well aware of the growing wealth and income gap,” he wrote in a director’s statement. “But what I learned was very alarming. Many of the issues — not able to pay bills, afford costs of housing, having multiple jobs, lack of healthcare coverage, etc — plaguing the marginalized and working poor have rapidly crept into the daily lives of the American middle class. I spent the next few months diving deeper to research to validate that 80% of Americans now live paycheck to paycheck.

“The worsening reality that so many of us are One Paycheck Away from losing what we labor so dearly to hold on to, is a daunting and sobering realization. What happens to us if this continues? It doesn’t take much to catapult someone into a downward spiral; once it occurs, it’s difficult to climb back out. It’s not only financial decline but also the path towards the fringe of imminent social instability and personal trauma that can tremendously disrupt our way of life, as we know it”.

So Duncan decided to do something about this: use his storytelling skills to make a film about real people and their experiences, to act as a call to action.

It’s such a vast topic, and the US such a big country, I wondered if Duncan and his team could end up with an overwhelming amount of content. So what will be the focus, and how long will the film be? 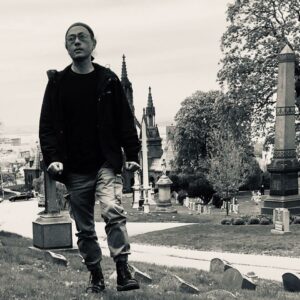 DS: There are indeed multitude of integrated, complex topics that may overwhelm content. With that in mind, the focus is on the recognition of how the status quo (i.e. systems, policies, inherent culture, collective psyche, etc) is not working for most to achieve a stable quality of life, despite doing the right things, playing by the rules.

This is approached through the unfiltered lenses and direct experiences of several key characters in various part of the US. These individuals, different socio-economic, cultural backgrounds, have tried and tried unsuccessfully with the status quo framework to make things work. Realizing that they are increasingly disenfranchised and often without recourse to change things, for each of them, the actions being considered take them to further uncertainty conditions.

In midst of heightened anxiety and ongoing internal struggle to maintain or forsake what the status quo offers, they are at a point of no turning back from doing something different, even if they don’t quite know how and if it will work. In some way, through the actions, cross sections and decisions of these characters, we can gain a refreshed reflection and potential shared solutions that others may adapt or improve upon (that at least is the hope). The film becomes, in turn, an unfolding discourse led by the raw and honest attempts of individuals who are, in many ways, like us (i.e the average Joe and Jane).

The documentary will run 80-90 minutes as a feature. We are aware that stories, issues and other topics may come to light during our process, we are extracting content for parallel media development, including an anthology in graphic novel form and coordinated creative projects with culture bearers in various regions.

This film is meant to be a catalyst and we hope to have continuing efforts to address and find solutions to shared societal issues. In some way, One Paycheck Away is a metaphor for the vulnerability of stability many of us sense…

So the film will take a position, rather than aiming to be objective?

DS: The film is more of an unfolding through the unfiltered experiences of several characters. The subjective lens may manifest through how and what they encountered but preserving that, in my opinion, allows the authentic voices to be presented.

What will the format be? Will there be interviews, for instance?

DS: With the key characters, we are fortunate that they have allowed us to get glimpses of their private lives and the stories will capture their real-time interactions with people and surroundings. Some form of interviews will be conducted—we had to default to some of this format due to COVID19 and not being able to go on locations. Even with the subject matter experts and advisors, it’s conversational.

So, will you travel around the US to film in the different cities you mention on the website?

DS: Absolutely will be doing that. We already have spent significant time prior to COVID19 in New Orleans and Albuquerque to interact with characters as well as capturing footage.

There has been a lot of interaction from other countries on the website, and we’ve discussed the UK situation. Will the film be able to cover the international experience?

DS: While our main focus started as primarily US-centric, recently we have been interacting with many folks overseas, especially in Europe. I believe learning about experiences from different places is critical to understanding and for the potential identifications of solutions, given the shared global impact of the economy, climate and of course recently, the pandemic. Subject to funding and resources, we hope to find a way to physically go to at least one European location for the film.

So what stage are you at now? How has the pandemic affected your plans?

DS: We are in latter part of development with overlap into pre-production. We started the process in 2019 with first half of the year in deep research and then July 2019 to January 2020, initial filming and coordination with key characters, etc.

The pandemic definitely affected the timeline and plans. We are furthering flexibility and adapting to the changing conditions, knowing that our characters are doing the same. With that said, I believe we are actually in ok shape as we have been doing things from a flexible model to begin with.

How can people get involved? Are you looking for funding?

DS: The best thing for involvement is connecting with us, sharing your experience and stories, sharing our project with others via word of mouth, social media, blogs like yours, podcasts, etc. The film is meant to be a collaborative and to be honest, I am not doing this film just to do another film.  I truly believe we have an opportunity to bring solutions that are not a conventional top down approach.

In regards to funding, we are in preparation of a crowdfunding campaign, and subject to the effects of the pandemic, we would like to launch the effort this fall [2020]. We would love folks to support via that platform and share the experience. We believe this is the appropriate venue for resources to support the production as it mirrors a collective, shared contribution.

We are also considering fundraising with individuals who are interested in our approach.

Involved in arts and entertainment? Check out the services of Weltch Media.